DESIGN + DOUBLE UP! – ART AND DESIGN WITH NEW PERSPECTIVES 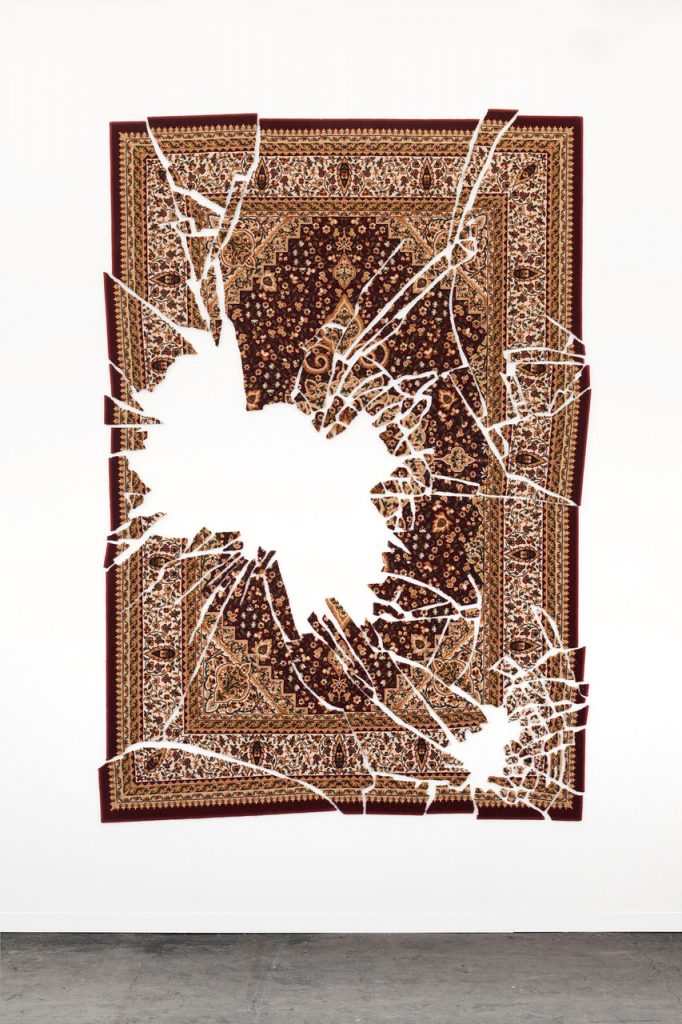 The work of the Bulgarian artist Pravdoliub Ivanov “Double Ornaments” (2016) was purchased by the Neues Museum Nürnberg.
From May 20, 2022 the Neues Museum Nürnberg is presenting the exhibition Double Up!, which brings art and design into a direct dialogue. Divided into various subject areas such as dimensions and fairs, kitchen, towers and columns, new and unusual relationships between art and design are created.
A total of nine rooms open up a diverse spectrum of themes, in which around 150 design objects from Anna Castelli Ferrieri to Konstantin Grcic and works of art from Blinky Palermo to Mona Hatoum are exhibited. How does art deal with everyday objects? What effect does the color red have on a sofa and what effect does it have on the picture hanging above it? Each room offers aesthetic references as well as contextual links. The interplay between art and design shows a new, expanded understanding of culture and society.
The two directors Prof. Dr. Angelika Nollert and Dr. Simone Schimpf expressed their satisfaction about the project: “We are convinced that we are bringing something new to the museums with
this form of dialogue and thus enriching the visitors.”
Works in the exhibition are very diverse and different: indigenous Australian painting meets vessels by the German ceramist Lotte Reimers, Afghan war carpets meet a work by the Bulgarian artist Pravdoliub Ivanov, and international design icons from around 1970 meet
paintings by the Luxembourg artist Michel Majerus.
An important aspect is the opening to other cultural areas and the overcoming of traditional clichés in the distinction between handicrafts and free art. The Afghan war carpets from the
Munich design collection, for example, are compositions made using traditional knotting techniques, which are considered autonomous works of art due to their unique character.
Indigenous Australian painting is a part of global art history of the 20th and 21st centuries that has received too little attention. The Neues Museum also commemorates Michel Majerus (1967–2002), who crashed a plane twenty years ago at a young age and was in the process of formulating a refreshingly contemporary Pop Art. Finally, in two rooms there is the opportunity to experience art and design in a different and participatory way. Chairs by contemporary designers are available to try out and also serve as
seating for events. The mobile trailer by the artist Winfried Baumann is available as a meeting place, workshop, stage and space for performative, participatory and artistic work for groups and school classes.